Home » For artist-rabbi and his Baltimore flock, Rosh Hashanah means honoring the past before letting it go – Rabbi Douglas Heifetz (’05)

For artist-rabbi and his Baltimore flock, Rosh Hashanah means honoring the past before letting it go – Rabbi Douglas Heifetz (’05)

Originally published in The Baltimore Sun on September 27, 2019. 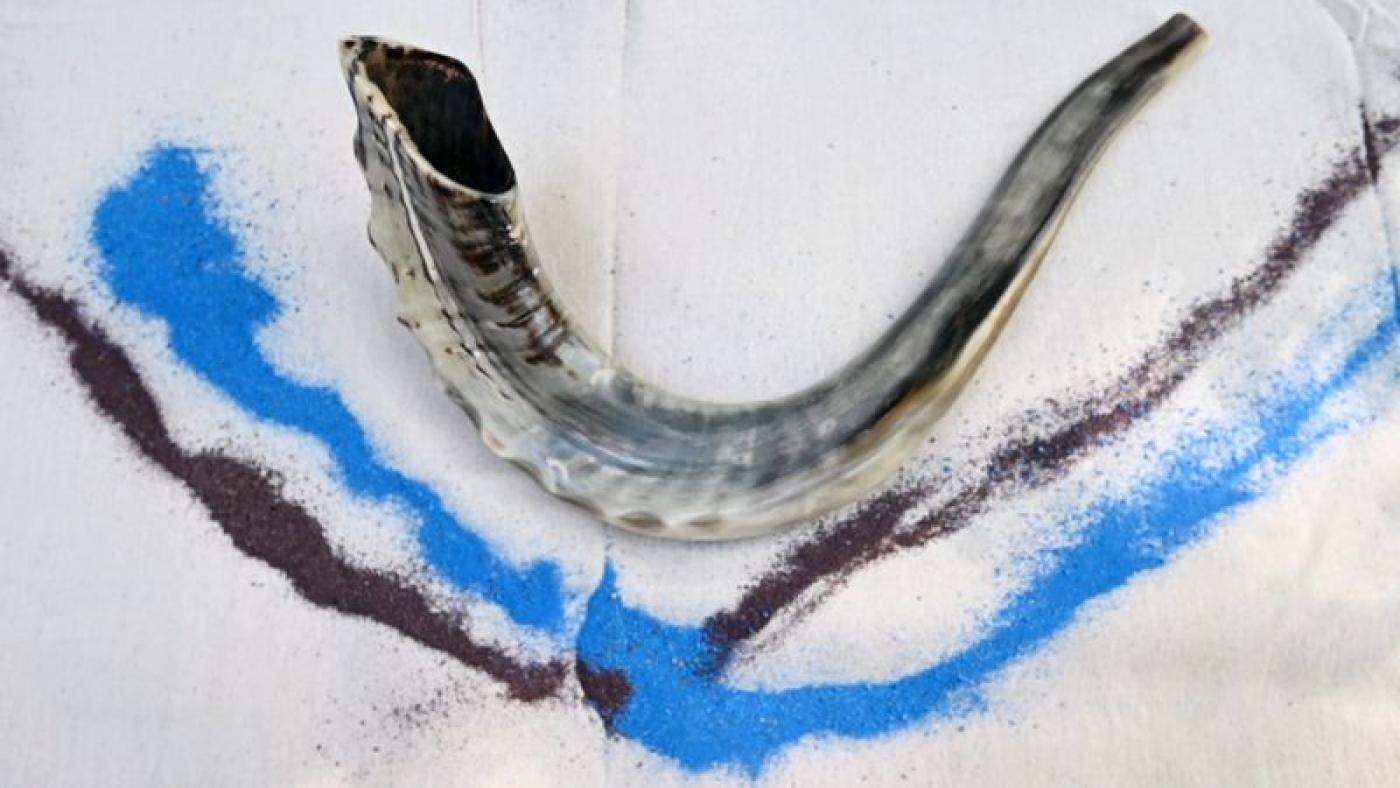 As Jews worldwide mark Rosh Hashana (the Jewish New Year) by casting bread into the waters in a traditional ritual of letting go of the past, Beit Tikvah synagogue in Roland Park will reconfigure the practice, creating a collective work of “temporal art”

Douglas Heifetz is accustomed to celebrating the first day of the Jewish New Year, Rosh Hashana, just as millions of Jewish people do around the world, by taking part in the ancient tradition known as Tashlich.

The ritual calls for believers to gather near a river, lake or stream, recite a particular set of prayers, and toss bread or other objects into the water, symbolizing a casting-off of sins from the previous year.

But an element at the core of Reconstructionist Judaism, a progressive branch of the faith, is adapting ancient traditions to life in an evolving world. So this fall, Heifetz — the senior rabbi of Beit Tikvah, a Reconstructionist congregation in Roland Park, as well as an artist and entrepreneur — will give the moment a singular twist.

When the two-day holiday begins Sunday night, Heifetz will lead a more or less traditional service at the synagogue. On Monday, he’ll lead his flock in a new tradition, an “artistic Tashlich,” or more specifically, a “Taschlich of Temporal Sand Art.”

Congregants and others will gather in a decidedly landlocked place — on the grounds of the Corner Community Center, the synagogue’s home — and pour a variety of colored sands on the ground, weaving the hues into a spontaneous tapestry.

Then, they’ll distribute stones of varying sizes throughout the creation. The stones will be marked, in washable ink, with messages or images that reflect habits, patterns or behaviors congregants hope to give up in the coming year.

In time, wind and rain will scatter the sand art and erase the messages, leaving the cleansed stones in place.

The idea, Heifetz says, is that as members create this artwork, they’ll observe the essence of Tashlich — admitting and letting go of imperfections — while also acknowledging those imperfections as stages on a journey.

In the rabbi’s view, most people adopt behavior patterns for positive reasons, even if the patterns can outlive their usefulness.

“When a pattern or a past behavior was part of our lives, we were typically drawn toward it for some beautiful reason,” Heifetz says, “and I think it’s helpful to honor what that was, rather than simply throwing it away. If [the tendency] hadn’t been there, we wouldn’t be where we are.”

One prominent rabbi, Amy Bernstein of Kehillat Israel Reconstructionist Congregation in Pacific Palisades, California, says she has never heard of an observance like the one Heifetz plans, but it’s in keeping with the spirit of Rosh Hashana and the traditions of Reconstructionist Judaism. 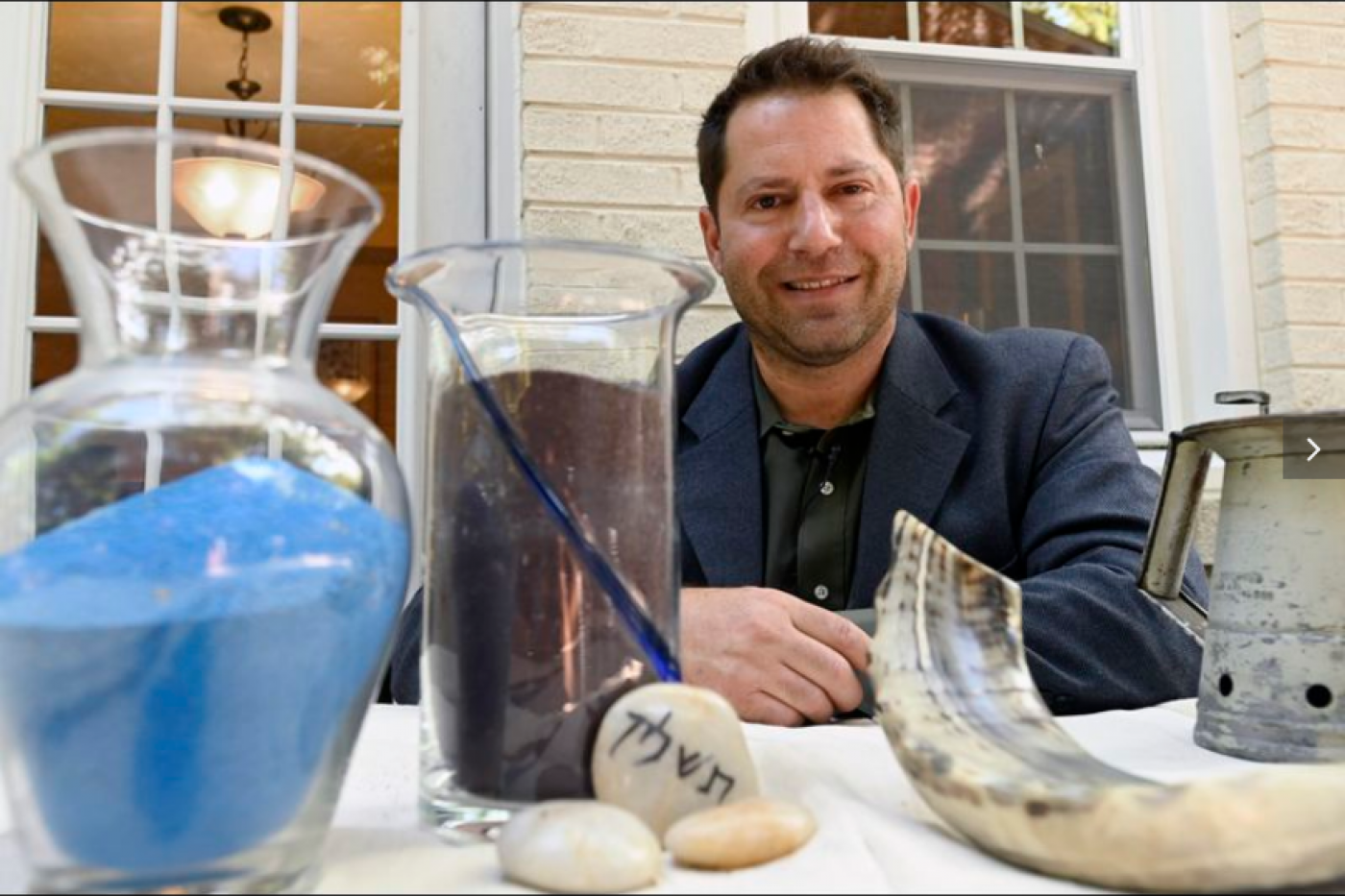 Her congregation recently appeared in a video, “Tashlikh Reconstructed,” that shows one such change: concerned that tossing stale bread damages the environment, some Reconstructionists have replaced the bread with birdseed.

“Why should seagulls not eat just because we sinned?” Bernstein asked with a laugh.

Rosh Hashana — Hebrew for “head of the New Year” — begins on the first day of Tishrei, the seventh month of the ecclesiastical year. The celebration inaugurates the 10-day High Holidays that end with Yom Kippur.

Rabbinic literature defines Rosh Hashana as the day of judgement — a day on which Jews begin a process of self-evaluation expected to lead to greater virtue through teshuvah, or repentance.

The Tashlich custom symbolizes the removal of sins to make room for greater virtue in the coming year. It usually includes the reading of an Old Testament passage in which the prophet Micah says, “You [God] will again have compassion on us; You will tread our sins underfoot and hurl all our iniquities into the depths of the sea.”

It’s no coincidence Heifetz, a 45-year-old Silver Spring resident, thought of turning the tradition into an exercise in art. About four years ago, he says, he felt a compulsion to “do something with my hands” and began experimenting with metal as an art form. Heifetz progressed from creatively bending silverware to molding and shaping metal, transforming spoons, copper wire and car trim into works of art.

Within a year, he entered several pieces in the juried show at Artscape. He was named Best Emerging Artist in the jewelry category in 2016.

He later founded a business, Lost and Forged, for which he creates everything from rings and accessories to home decor and Judaica, selling the work online and in local markets.

He sees a potent link between his avocation and his mission as a rabbi.

“If we can use art to create new purpose and beauty for something that seemed relatively valueless, why can’t we achieve that in the world around us, in ourselves? I think that’s the connection between my Judaism and my artwork.”

One Beit Tikvah congregant, Ellen Reich of Baltimore, also sees the value in transforming Tashlich, in part because she, too, is an artist and designer who works with found objects. Reich senses a power and meaning in the idea she says she might not have felt otherwise.

“It’s mostly the communal aspect of what we’re going to do. It’s going to be a casting-off, but we’re casting off together. And it’s sort of like a recycling, like creating something beautiful from castoffs, something meaningful. But it’s transient, like parts of our lives. And it’s off to the four winds.”