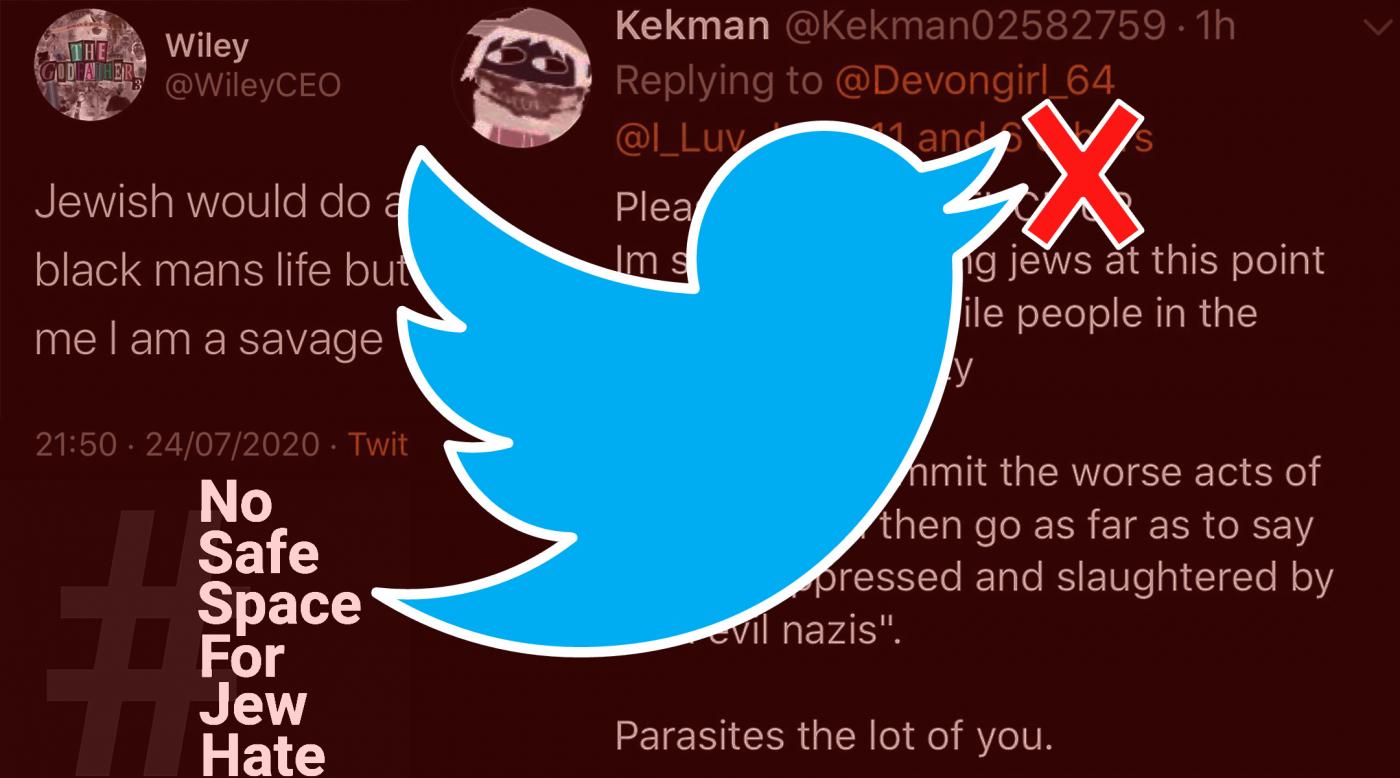 NEW YORK (JTA) — On Friday afternoon, a few hours before Shabbat, I found myself scrolling through Twitter when I stumbled upon an anti-Semitic rant.

This by itself is hardly unusual — the amount of anti-Semitic vitriol on Twitter is horrifying. But when I checked the account, I found that it had nearly half a million followers.

Wiley, a Black British musician, used hateful language to articulate several conspiracy theories about Jews. I, along with many others, reported the tweets, but Twitter was slow to remove them. Again, this is not unusual: While Twitter’s stated Hateful Conduct Policy prohibits hate speech against protected categories, including Jews, Twitter’s actual response to problematic posts is often lacking.

In this case, Twitter eventually removed the most egregious of the tweets but did not suspend Wiley’s account. In response, some British Jews issued a call for a 48-hour “walkout” from Twitter under the hashtag #NoSafeSpaceForJewHate.

At first, I considered joining in. In a world more online than ever before due to the COVID-19 pandemic, carving out space away from screens is crucial. Perhaps two days away from the challenging dynamics of Twitter would do me good and also draw attention to Twitter’s need to up its responsiveness to hate speech. In that sense, the digital walkout’s mission is one I fully support.

But, of course, effective action is a little more complicated than that.

First, there’s the issue of this boycott catalyzing around a Black man. Anti-Semitism comes from everywhere. While perhaps it’s chance, and celebrity, that led to Wiley’s particular thread being the tweet that broke the bird’s beak, I can’t help but worry that white Jews and their allies were more ready to speak out against Wiley than against anti-Semitic white people.

In the United Kingdom, white people — including prominent politicians like Jeremy Corbyn — have been spouting anti-Semitism for some years. While these statements have hardly gone unnoticed — responses have included a film about Labour Party anti-Semitism and suits for libel resulting in formal apologies — to my knowledge there has not been a public call for a comparable social media boycott. Not for Corbyn, not for the many George Soros conspiracy tweets and not for any of the countless instances of anti-Semitism that show up on my feed every day.

A virtual “walkout” is nothing more than performative allyship or, for Jews, an opportunity to break and breathe away from social media. But on a platform where currency is written characters, silence does not speak. While it can be effective to cease advertising on social media platforms, as many have opted to do on Facebook and Instagram this month, opting not to tweet for two days does not offer a visual or financial incentive to Twitter to change its ways.

Tweeting and retweeting is the most effective method of promoting a cause on the platform. If Jews and their allies want Twitter to pay more attention to anti-Semitism, and to actually enforce its stated Hateful Conduct Policy, why not ask supporters to spend time each day reporting anti-Semitic tweets? Why not ask supporters to retweet posts by Jews — particularly marginalized folks like Jews of color — in order to draw attention to our community? Better yet, why not ask everyone to commit to reporting hate speech against all protected categories?

I would never be one to argue against taking a break from social media. On Shabbat, from candle lighting to Havdalah, I stay away from Instagram, Facebook and Twitter. Rest matters.

But I am under no delusions: To combat anti-Semitism, we must not stay silent. We must speak out, tweet, retweet and report — not just for ourselves, but for all who face hate, online and in the streets.

Rabbi Emily Cohenis the spiritual leader of West End Synagogue in New York City, a podcast producer and an artist. She tweets @ThatRabbiCohen.