Originally published in the Forward on Feb. 2, 2021 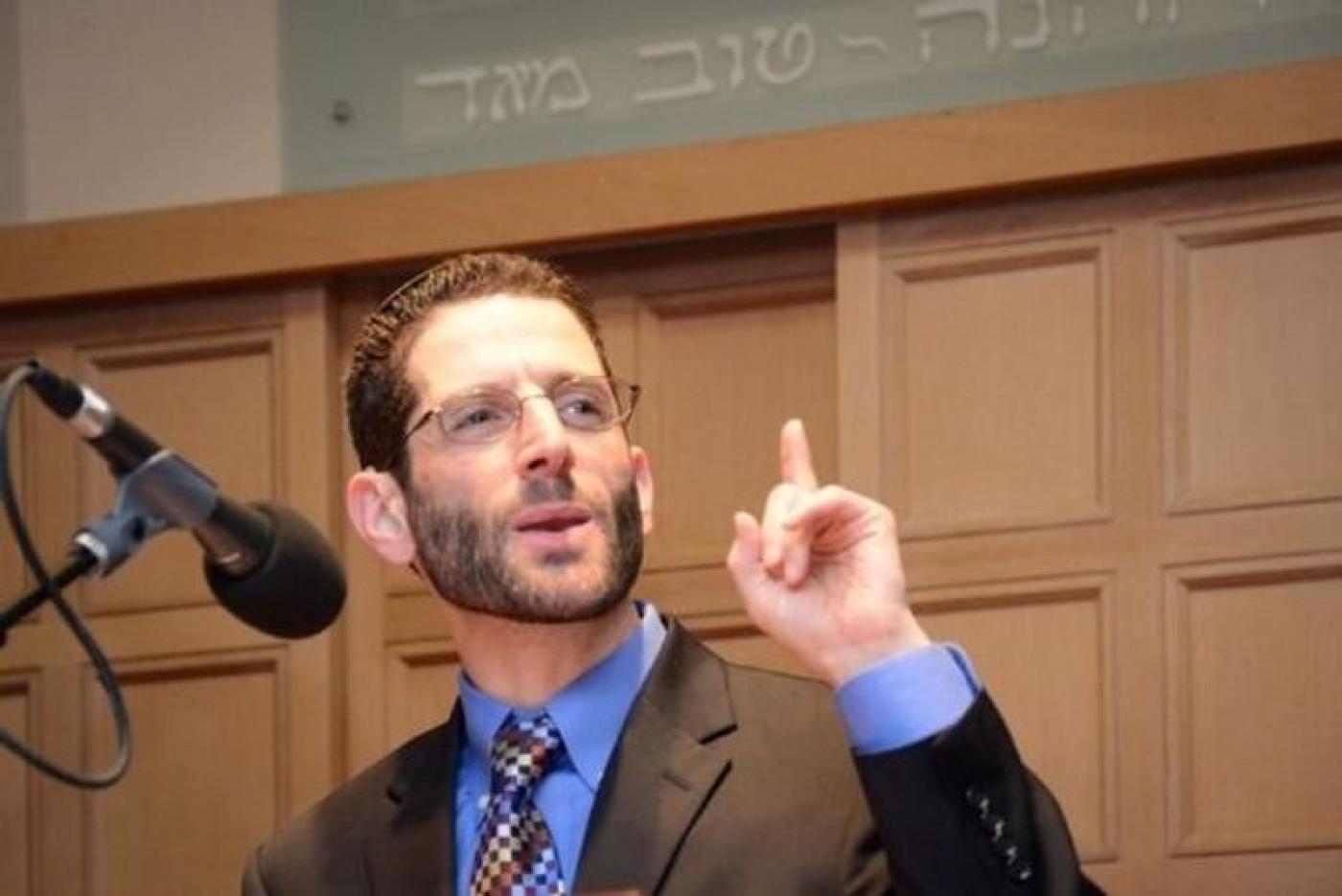 From a young age, Darby Leigh knew he was on a spiritual path. Fascinated by religion and spiritual practices, he thought about becoming a rabbi but quickly dismissed it, for one main reason: He is profoundly deaf.

Today, Leigh is rabbi of Congregation Kerem Shalom in Concord, Massachusetts — and at the forefront of creating the kind of open, inclusive community he once found lacking in Jewish life.

“The mainstream Jewish community has done a really good job of telling some Jewish people they don’t really belong here, whether they’re women, queer, non-conforming, Jews of color, converted Jews, interfaith families or families where the mother is not Jewish,” he said. “I wanted to find those people and bring them into my synagogue because until they’re here it’s not really a synagogue. It’s like a private country club until it reflects the spirit of God’s creation.”

Leigh, born and raised on Manhattan’s Upper East Side, began his professional life as an actor with the National Theatre of the Deaf, then became a substance-abuse counselor, with frequent detours as a metal head.

“Heavy metal saved my life,” he said. “It expressed my rage at being a kid with a disability who was different.”

Sporting knee-length dreadlocks, he performed with the heavy metal band Twisted Sister as a sign-language performing artist then with the alt-rock band Jane’s Addiction, using his time on the tour bus to read books on spirituality and world religion —albeit not his own.

“I was interested in everyone else’s experiences,” said Leigh, who was born to two deaf parents and raised in the Reform movement. “Eastern traditions, Buddhism, Rastafarianism. I studied Sanskrit and Tibetan mantras.” For at least 10 years after high school, he didn’t set foot in a synagogue.

By his late 20s, taking a graduate program in religion at Columbia University, he was sitting in an uninspiring seminar on ancient texts when he gazed out a window and saw a homeless man panhandling on the street.

“I thought, ‘What on earth am I doing here talking about this ancient piece of obscure text when a better use of my time would be to go downstairs and give this guy a sandwich?’ He reached out to his childhood rabbi, Tom Weiner, a longtime mentor.

“I want to sing, I want to dance, I want to pray,” he told the rabbi over dinner. “I want to work with real-world issues. I want to make the world a better place.”

“I have news for you,” the rabbi said. “Lots of rabbis can’t sing, even if they think they can.”

Leigh made the commitment, and worked one-on-one with Hebrew tutors so he could pass the entrance exams. He was 29 years old when he entered the Reconstructionist Rabbinical College in Pennsylvania. He said the seminary was excited about the challenge of working with him, and helped create the tools he needed to learn liturgy, converting cassette tapes into CDs, for example, so he could recognize the tracks. He was ordained in 2008.

Leigh functions with bilateral hearing aids and by reading lips. He is fluent in American Sign Language (ASL). “If I don’t have my hearing aids on, I get nothing,” said Leigh, who conversed through Zoom. “If I didn’t have visual support there is no way I can understand.”

He is happily in his eighth year at Kerem Shalom. He also has a full life outside of the synagogue. He and his wife, Dr. Randi Leigh, a physician, have three daughters. He’s a passionate snowboarder and obstacle-course racer: In 2019 he completed a competitive Spartan Trifecta – three separate obstacle-course events in New York State, Pennsylvania, and a 16-mile endurance one in Vermont that entailed running up and down a mountain, under barbed wire, over fire, navigating tires, walls, ropes and more.

Kerem Shalom is a progressive, unaffiliated synagogue with a diverse membership and about 250 families. And as his mentor recommended, he has a good cantor, Rosalie Gerut. “I tell him, ‘You talk, I sing,’” Gerut said.

Deaf rabbis are scarce. Leigh knows of only one other who was ordained by any of the liberal or non-affiliated U.S. seminaries. He understands why strong candidates who happen to be deaf might be afraid to give it a try: He was nearly derailed himself at the beginning. While still in graduate school, he inquired at the Jewish Theological Seminary about the possibility of learning Hebrew there.

“The individual looked at me and said, ‘I’m sorry, but we don’t have anything here for people like you.’” Leigh recalled.

“I was so stunned at that moment, and so aware of my deafness and of the complicated place that deaf people have always had in Jewish tradition. Historically deaf people have been excluded from full participation in Jewish spiritual and religious life. That’s just a reality.

“This has been 1000% my experience,” he continued. “I have continuously been aware on a daily basis of living in a society that is not set up to meet my needs. But this is true for so many people – gay, trans-, bi-. If you’re a person of color here you are not living in a world set up for you. If you are a person with a disability you know this society was not set up for you”

Inclusivity as a core belief of Kerem Shalom is something a visitor picks up on immediately, even from a quick glance at the website with its “inclusion and accessibility” tab, where “Welcome” is spelled out in ASL. The website lists a host of accommodations, from automatic doors and “fidget toys” for restless children to being a “nut-aware environment” to protect those with allergies, and, most notably, to having an ASL choir.

Even though only a handful of congregants and occasional visitors know ASL, Leigh and Gerut lead the ASL choir, whose members do not sing, but instead sign specific prayers; membership is limited to those who demonstrate sincere interest in the language and deaf culture. Leigh requires they first take an ASL course, which is offered by the synagogue.

“I am hypersensitive to the fetishization in North America around ASL,” he said. “The majority of people watching something like this will go, ‘Oh, that’s so moving.’ I know it comes from a good place, but the next question is: What can I do with it that is useful, that will actually teach something? If I don’t, I’m just performing. That’s theater, not religion.”

Choir members study and discuss the prayers together to best capture the nuance and spirit of the prayer. It need not be literal. In Leigh’s ASL translation of the Shema, for example, he chooses not to use the sign for “listen” or “hear” which he says doesn’t make sense to a deaf person. He uses the sign for “pay attention” instead.

Leigh says he goes back and forth between his identity in the deaf community and living in a hearing world. “I always have one foot in both,” he said. If, in the synagogue, “my only Torah was to teach about deafness, I would not be of much use to them for very long.”