Originally published in the Philadelphia Gay News on July 19, 2019. 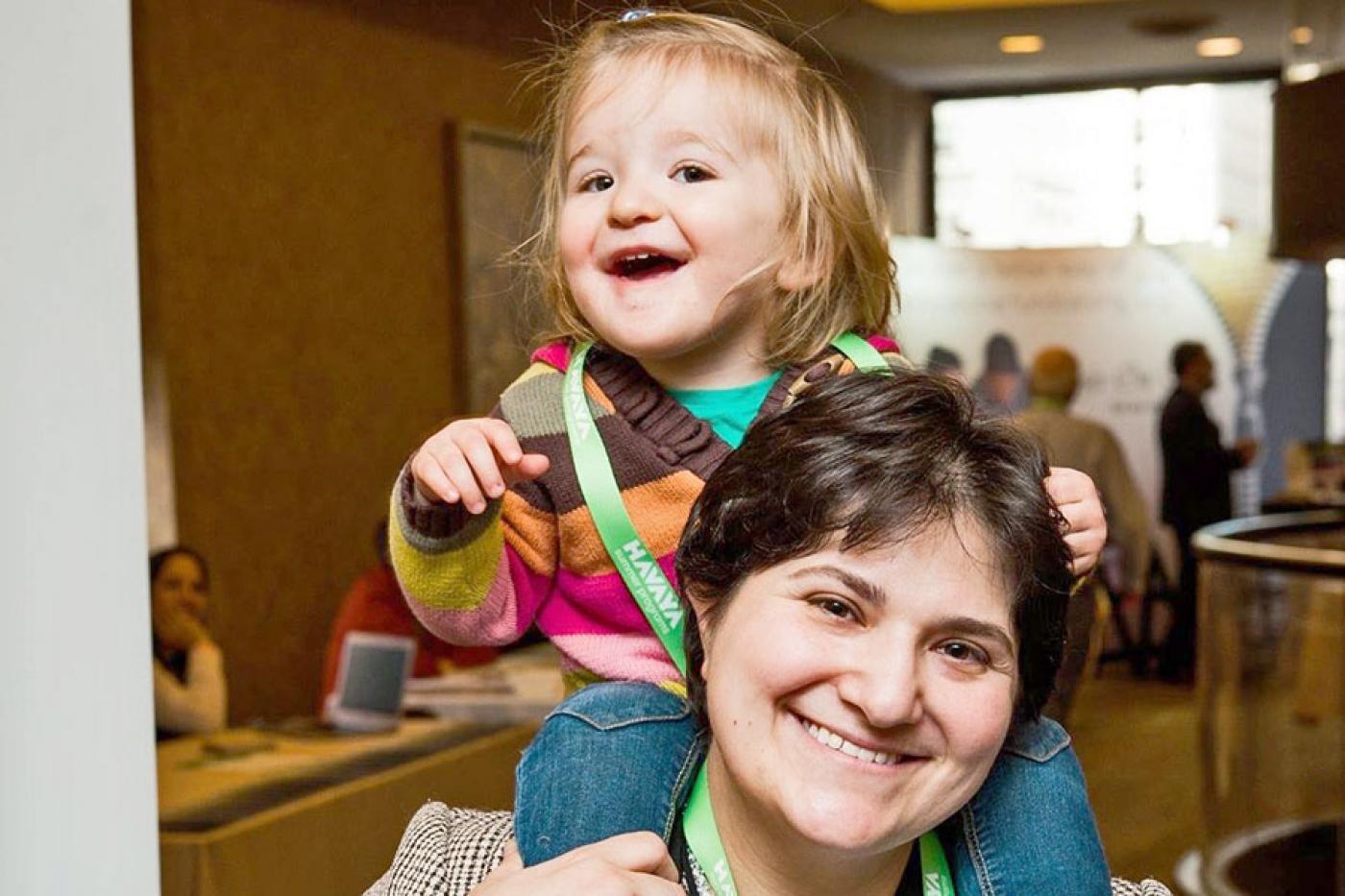 Not every synagogue has a community as tightly knit and accepting as the one at Or Hadash, a Reconstructionist synagogue in Fort Washington.

Rabbi Alanna Sklover will begin her tenure as senior rabbi at the congregation next month, after leaving her role as director of lifelong learning at the Germantown Jewish Centre.

A graduate of the Reconstructionist Rabbinical College with a specialization in the congregational rabbinate, Sklover said she identifies with the strong sense of community and inclusion that the Or Hadash congregation cultivates.

“When I walk into the building, I feel like I’m home; I feel like there’s a place for me here,” she said.

Joshua Waxman, president of the Board of Rabbis of Greater Philadelphia, served as rabbi at Or Hadash for 15 years. The process of searching for and hiring his replacement took a year, with the Rabbinic Search Committee at the helm, listening to feedback from congregants. The community was looking for someone whose values and sense of Jewish community would parallel Waxman’s.

Shelley Rosenberg, one of several Or Hadash founders, said she recognized Sklover’s leadership qualities upon meeting her at a weekend of service-leading and teaching.

“I sat there that night listening to Alanna sing and teach and watched her joy in the service and her interaction with the congregation,” said Rosenberg, who now chairs the synagogue’s Inclusion Committee. “And this feeling just washed over me that I’m looking at a person who could be my rabbi. Not just a rabbi, but my rabbi.”

Sklover lives in Mt. Airy with her wife, Rebecca Kirzner, and their 2-year-old daughter, Bina. Throughout rabbinical school, Sklover worked in several student-rabbi and educational roles, including at a congregation in Canada and, closer to home, Ramah Day Camp. She also earned degrees in theater and religion.

Sklover said she values the idea that Judaism is rooted in so many traditions that were born thousands of years ago but remain relevant.

“I think about shiva and the process of mourning, and the different steps that we go through from the moment the soul departs. And each year on the anniversary of a person’s death, the rituals that the ancient rabbis innovated 1,500 years ago parallel the journey that we, as humans, need as we make our way through grief in 2019 — the same way that they did in the year 350.”

Yet, per the basis of Reconstructionist Jewish philosophy, Sklover embraces the idea that ancient Jewish rituals and traditions must change with evolution and the diversity of society.

“We have to innovate our traditions,” she said. “There’s room in Judaism for that, and I love that there always has been.”

As a genderqueer, female-presenting rabbi working in Jewish congregations and educational spaces, Sklover said she feels fortunate that she hasn’t encountered discrimination.

“I have had the amazing privilege of finding myself primarily within open and supportive communities, or communities in which I was preceded by incredible trailblazers who opened doors that I was able to walk through.”

Or Hadash congregants and board members pride themselves on their diversity — something they worked to create.

Sklover noted that, although many Philadelphia-area synagogues welcome LGBTQ members, cisgender white men still hold most of the solo-pulpit positions. There’s a dearth of queer, trans- and female-identified senior rabbis — with only one female in this role in a local congregation with multiple rabbis, to Sklover’s knowledge.

But she continues to move the needle in the direction of diversity and inclusion in Jewish spaces, especially in leadership roles, and serves as a model for young, queer congregants.

“When we live authentically as ourselves, we encourage everyone to do that as well,” Sklover said. “Whether queer or straight, whether trans or cis, when we live out and proudly and openly as ourselves in the most integrated way that we can, we model that it’s safe for other people to do that, and that we don’t live ‘Jewishly’ in one space and be queer in another space.”