Originally published in the Jewish Exponent on Nov. 27, 2019 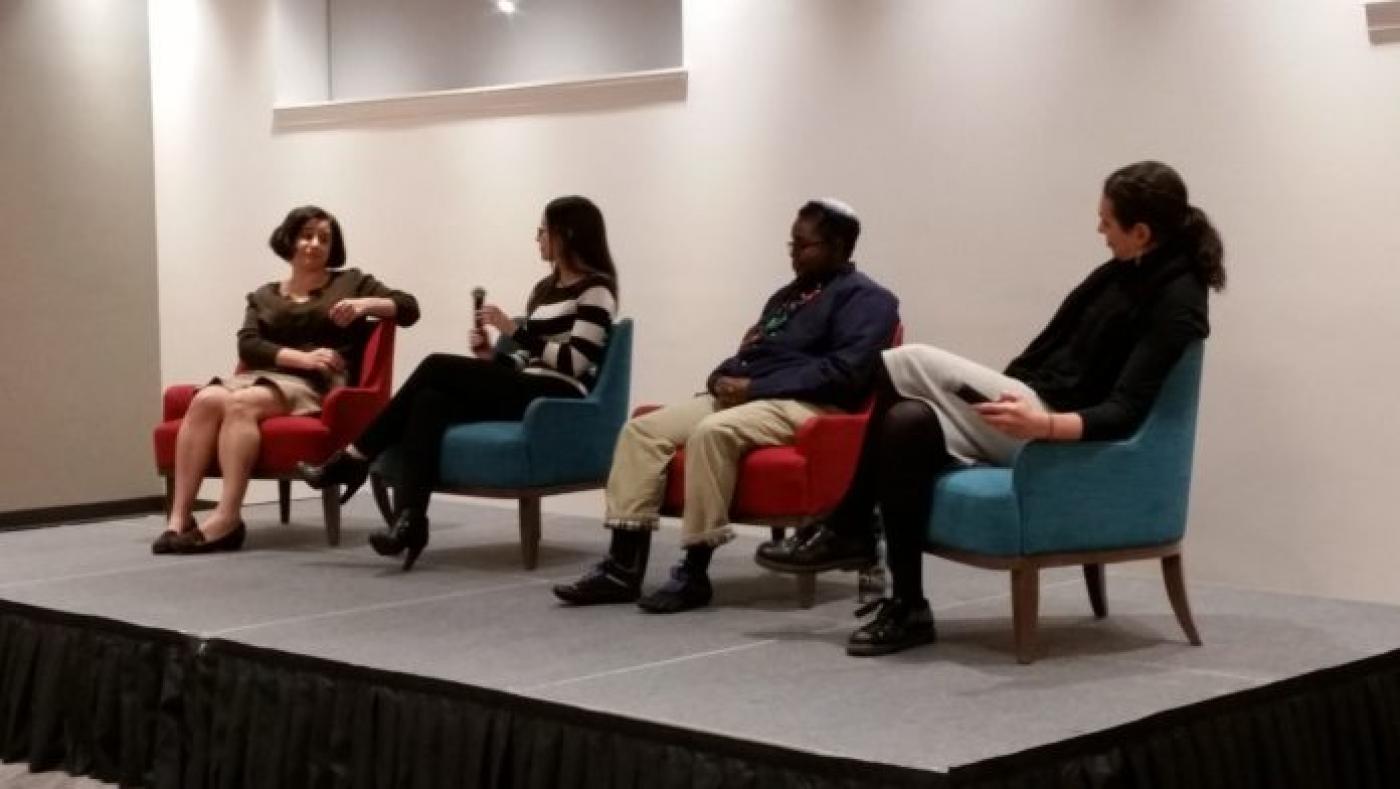 “How do I know?” Moriah Levin said on Nov. 19 during a panel about being transgender in the Jewish community. “It’s because I felt a certain way from a very, very young age, and I kept waiting to grow out of it. I kept thinking it would change, and it didn’t.”

Levin was one of the panelists at “Transgender and Jewish: Conversations for a Changing Community.” The event featured four speakers — two transgender adults and two mothers of transgender children — who shared their personal stories and discussed how the Jewish community has been supportive and where it has been lacking. It took place at the Barbara and Harvey Brodsky Enrichment Center of Jewish Family and Children’s Service in Bala Cynwyd.

It began with an address by keynote speaker Laurie Frankel, a New York Times bestselling author who lives in Seattle. Her latest novel, “This Is How It Always Is,” is about a family whose fifth child comes out as transgender. The book is based on Frankel’s real-life experience as the mother of a transgender daughter.

“The conversation that we are having on a national level about LGBTQ issues, but particularly about trans kids, has been full of lies. … It has also been fear-mongering,” Frankel said. “It is intended to drive votes and turn out voters, and it has been dishonest, so I wanted to have a conversation about it. I did not so much want to say, ‘I will set the record straight,’ and I did not want to say, ‘I’m going to educate you and tell you everything you need to know.’ That was not at all my goal going in” to write the book.

Her goal was summed up in the title of the novel.

“Always, you are parenting this young person, and that person shows up and says to you this thing that you never saw coming and certainly weren’t planning for and then you have to figure out what to do next,” Frankel said. “Bad news: You have no idea what that is, and it’s really important that you choose correctly or otherwise you’re going to screw up your kid.”

Much of Frankel’s talk focused on the reaction she received, both to her book and to a column she wrote about her daughter for the Times’ “Modern Love” column. When the latter was published, her email inbox was flooded with hate, even death threats to her and her daughter. Some of the emails carried anti-Semitic messages.

The hate was so great that there was a discussion about whether she should have security go with her on book tour. But those fears did not manifest. When she walked into book stores and other venues throughout the country to talk about her book, attendees were supportive.

After Frankel’s talk, she and the other three panelists stepped onto the platform. The others included Levin, who is involved in the LGBTQ Orthodox organization Eshel; Koach Baruch Frazier, an audiologist and student at the Reconstructionist Rabbinical College; and Jessica Tayler, mother of a transgender child and an LGBTQ advocate.

They covered a range of topics, including how their Jewish communities have responded to their trans identities.

Levin and Frazier, for example, recalled positive experiences. When Levin told rabbis in her Orthodox Center City community that she was going to come out and publicly transition, they were all supportive and asked when she would switch sides of the mechitza.

Frazier said that his Reform synagogue in Missouri, where he lived at the time, worked with him to create a meaningful mikvah transition ceremony at the river. He said his transition was more difficult for his work.

“When I changed my name legally, everybody thought I got married,” Frazier said to laughs from the audience.

Tayler, on the other hand, shared how their family’s elementary school principal in Tennessee called them into the office to tell them other families felt uncomfortable being in the same class as their older son (her transgender child was not yet in elementary school) or near their family.

The event then moved on to a Q&A. One question was about trans children and medical interventions.

“Trust me,” Levin said. “Trust trans people when we say who we are.”