Originally published at this link on April 4, 2019 by Jewish Rhode Island 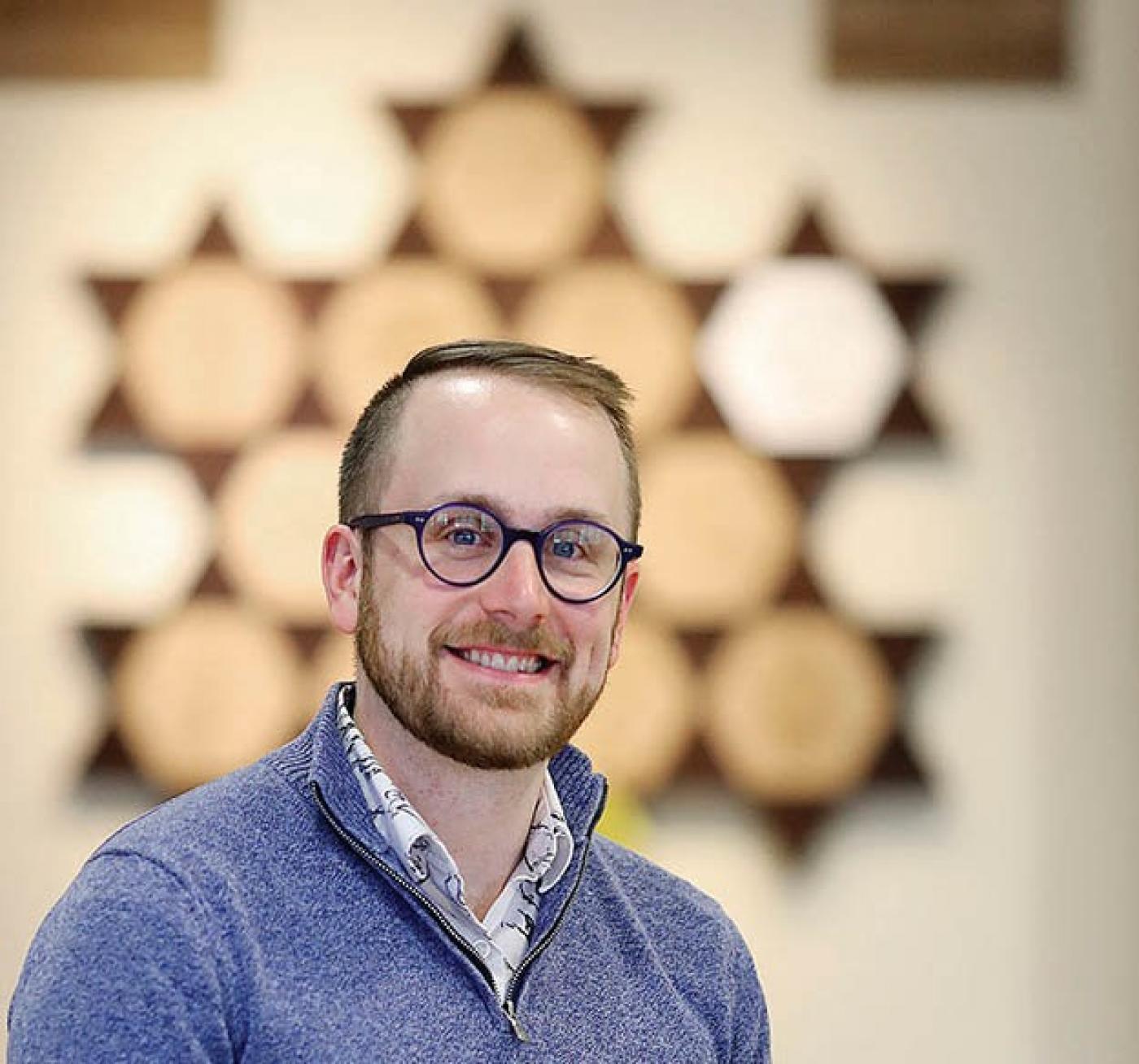 Rabbi Alex Weissman is the senior Jewish educator at Brown RISD Hillel, where he says he has the pleasure of drinking a lot of coffee and learning a lot of Torah with and from his students. He agreed to answer a few questions as part of Jewish Rhode Island’s ongoing effort to introduce community leaders.

After working in public health, I got involved with Congregation Beit Simchat Torah in New York City. As the social justice coordinator of the world’s largest LGBTQ synagogue, organizing felt deeply spiritual, as did putting our highest values and aspirations into the public. If prayer is where we express our deepest desires, values and wants in an internal way, organizing is how we do that in the external world. I became a rabbi because I felt a high spiritual need for this in myself and the community.

What’s your favorite part of being a rabbi?

When I was in rabbinical school, I fell in love with Talmud in a way I didn’t expect. I love sharing it with others – the twists and turns, the arguments, the stories. People find it both familiar and foreign, and there’s something about that that opens possibilities about how we think. Doing that with students is deeply exciting.

Why did you choose to work with students? What challenges do you face that a congregational rabbi is unlikely to see? What are some of the greatest rewards of your work?

I think college is a time of massive change in a person’s life. Students start to do Judaism on their own terms, which we call “Jewish adulting.”

They begin to decide which parts of Jewish life they want to be connected to. It’s a time of deep thought, of personal and intellectual growth. It’s never boring.

As for challenges, I think that because we’re a pluralistic organization, we have a much wider range of religious practices and politics than a regular congregation. People choose their congregations based on these factors, but on a campus, you’re trying to serve the needs of a community with such wide range and perspective.

The rewards come from those moments when I see students come to appreciate each other’s differences, rather than shut down around them. Their perspectives may not change, but there’s a deeper appreciation for the other. Seeing students blur the line between the text and their lives is really rewarding.

The gift and challenge of pluralism is doing Judaism that’s grounded in both community and tradition; how do we serve students from a wide range of practices and traditions while meeting the needs of all? For most holidays, we all celebrate together. For Passover, we’re having a variety of seders. There will be a communal seder, while smaller groups, such as the Jews in Brown’s band, will also be hosting their own.

What challenges have you experienced as a gay rabbi?

I don’t actually identify as gay. I think queer would be more accurate. I have experienced some obstacles in hiring – sometimes explicitly during the interview and sometimes I have heard secondhand that there were concerns about what it would mean to hire a gay rabbi. For many communities, even in the liberal Jewish world, that is still a new and sometimes scary thing.

But I think that for the most part, LGBT rabbis who’ve come before have done an amazing job of paving the way to make it easy to be a gay rabbi.

I’ve come to appreciate how relatively small the Jewish community is here. There’s a sense of interdependence and being in it together. There’s a sense of collegiality that I haven’t felt in cities with larger Jewish communities. I also like the funky feel of Providence – there’s nature, arts and culture events, beaches nearby for the summer, and good food. We love the Gamm Theatre.

You’ve worked with a lot of Jewish organizations whose focus is on social change and human rights. In those areas, what do you think are the most important issues facing the Jewish community today? What about society at large?

My mother’s matzah ball soup. They’re floaters, not sinkers. She puts seltzer in them; I don’t know if that actually does anything.

I love Shavuot. I’m a night owl by nature, an extrovert and a lover of Jewish learning. Getting to stay up all night with people and study Torah is my dream holiday. Plus, you get to eat cheesecake!

Favorite Hebrew word and why?

I like the word bara. It’s the second word in Torah, and it means “created.” I like it because it’s a word only used for God. There are other words used for the creations of man, and while we try to walk in God’s ways, I think it’s powerful to remember that there are some things reserved only for God. It keeps me humble.

Favorite Yiddish word and why?

How about a phrase? Tuchus affen tisch, which literally means “butt on the table,” but really means “say what you mean and mean what you say.”

If you could have three dinner guests, living or from history, who would they be and why?

Rabbi Yehuda’s maidservant – she shows up in Talmud a number of times. She’s a smart, sassy and learned figure we don’t know a lot about, but she knows a lot about Torah and uses it wisely.

Grace Paley. Her fiction and poetry have been meaningful to me. He story “Midrash on Happiness” is one of my favorite Jewish texts, period. I teach it every chance I get, and she’s been an inspiration to me as an activist, particularly around the women’s peace action at the Pentagon in 1980.

I’m also thinking about MLK [Martin Luther King Jr.]. I think I could benefit from his wisdom in this historic moment.

Please share a recent memory/experience that you found impactful.

My husband and I got married in June, after six years together. Getting to celebrate, both ritually and on the dance floor, with the people who love us and who we love most in the world, was joyous, fun and transformative. Adam’s grandfather was in hospice [care] and died that same day. It was a deep spiritual lesson about holding great joy and deep sadness at the same time. We both wrote Rosh Hashanah sermons about it.

Best piece of advice ever received?

I think it came from Rabbi Yael Levy, who was my spiritual director in rabbinical school. She taught me that in the moments when I’m being hard on myself, I should place my hand over my heart and say to myself, “It’s OK, sweetheart.”