Home » Rabbi Copeland (’00): At My Synagogue, I’ll Take 20 Mennonites Over One Armed Guard

Rabbi Copeland (’00): At My Synagogue, I’ll Take 20 Mennonites Over One Armed Guard 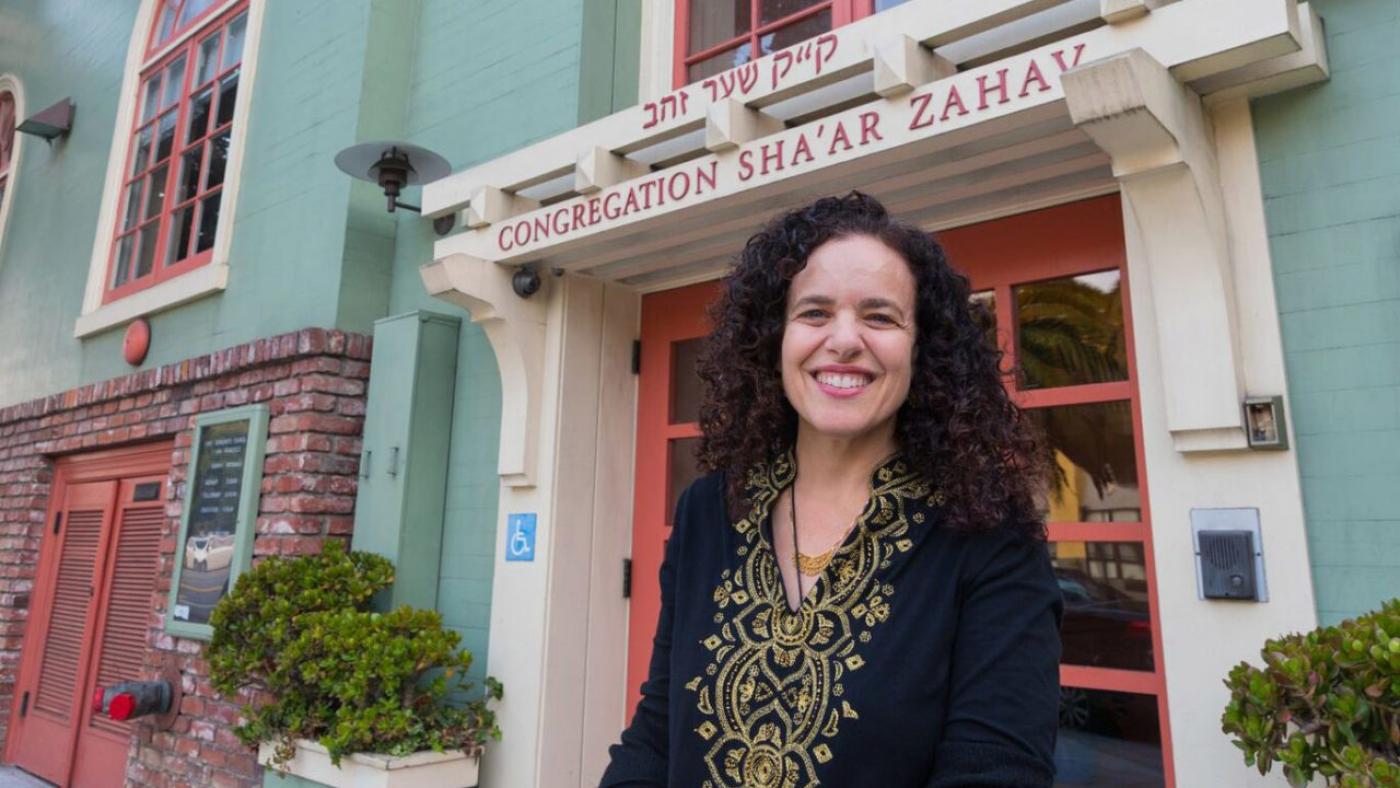 This article was originally published at this link on November 9, 2018 in the Jewish Journal of Northern California.

Rabbi Mychal Copeland is a graduate of the Reconstructionist Rabbinical College (Class of 2000).

Last Friday night, Nov. 2, was our first Shabbat service since the shooting at the Tree of Life synagogue in Pittsburgh. In response to the attack, the president commented, “if they had an armed guard inside, they might have been able to stop him immediately. They had a maniac walk in, and they didn’t have any protection.”

At Congregation Sha’ar Zahav in San Francisco where I serve as rabbi, some of our congregants have been worried about our security, even before the attack in Pittsburgh. Our building is visibly Jewish, displaying Hebrew letters on the outside institution, and our synagogue was founded by and for the LGBTQI community. So there has long been understandable concern about our institution being a target of hate. But what transpired this past Shabbat changed the way I think about what makes a community feel secure.

We share our sacred space with the First Mennonite Church of San Francisco. The Jewish community holds Shabbat services on Friday and Saturdays, and the Christian community gathers on Sundays in the same sanctuary. After the shooting, the pastors of the church reached out to me in horror. Associate Pastor Joanna Lawrence Shenk suggested that a group of Mennonites would pray and sing outside our doors on Friday night, holding a vigil of protection for us as we gathered for Shabbat.

Friday came, and hundreds descended upon our building for services. Some were members, others were Jews new to our synagogue seeking comfort in community, and many were neighbors and members of other faith groups who had come to show their support. We began in the early evening with a song session with the Jewish and Mennonite communities, raising ourselves up with songs of peace and hope from both traditions.

By the time our Jewish services were to begin, a group of about 20 Mennonites stood outside our front doors in an arc, singing hymns and holding candles. During the silent prayers of our Shabbat service upstairs in our sanctuary, I asked the crowd to listen to the soft voices outside our open windows and feel how we were held in embrace by our Mennonite neighbors who surrounded the outside of the building.

My chief hope since the shooting has been that we will refuse to live in fear. There is a famous passage by Rabbi Nachman of Bratslav that reads, “The whole world is a very narrow bridge, but the most important part is not to be afraid.” Sometimes we do have legitimate reasons to be scared. The key is that even when there is cause to be afraid, we refuse to be overcome by it. We will continue our community’s work fighting systemic anti-Semitism, white supremacy and racism. We will continue fighting for the rights of immigrants and asylum seekers. In our commitment to create a world where no  community needs an armed guard to gather for worship in safety, we will continue to address the deadly combination of hate and easy access to weapons.

The Mennonites are returning tonight to sing outside our doors once more as we observe the 80th anniversary of Kristallnacht, the “Night of Broken Glass,” when attacks on Jews and synagogues were carried out by the Nazis. Of course, we don’t expect our friends’ presence at our door to be a permanent solution to a complex, ongoing problem. Perhaps our community will decide that we do need to step up security measures in some way down the line.

But in the short term, I’ll take 20 Mennonites over one armed security guard any day.