Originally published in the Concord Journal on Feb. 17, 2020. 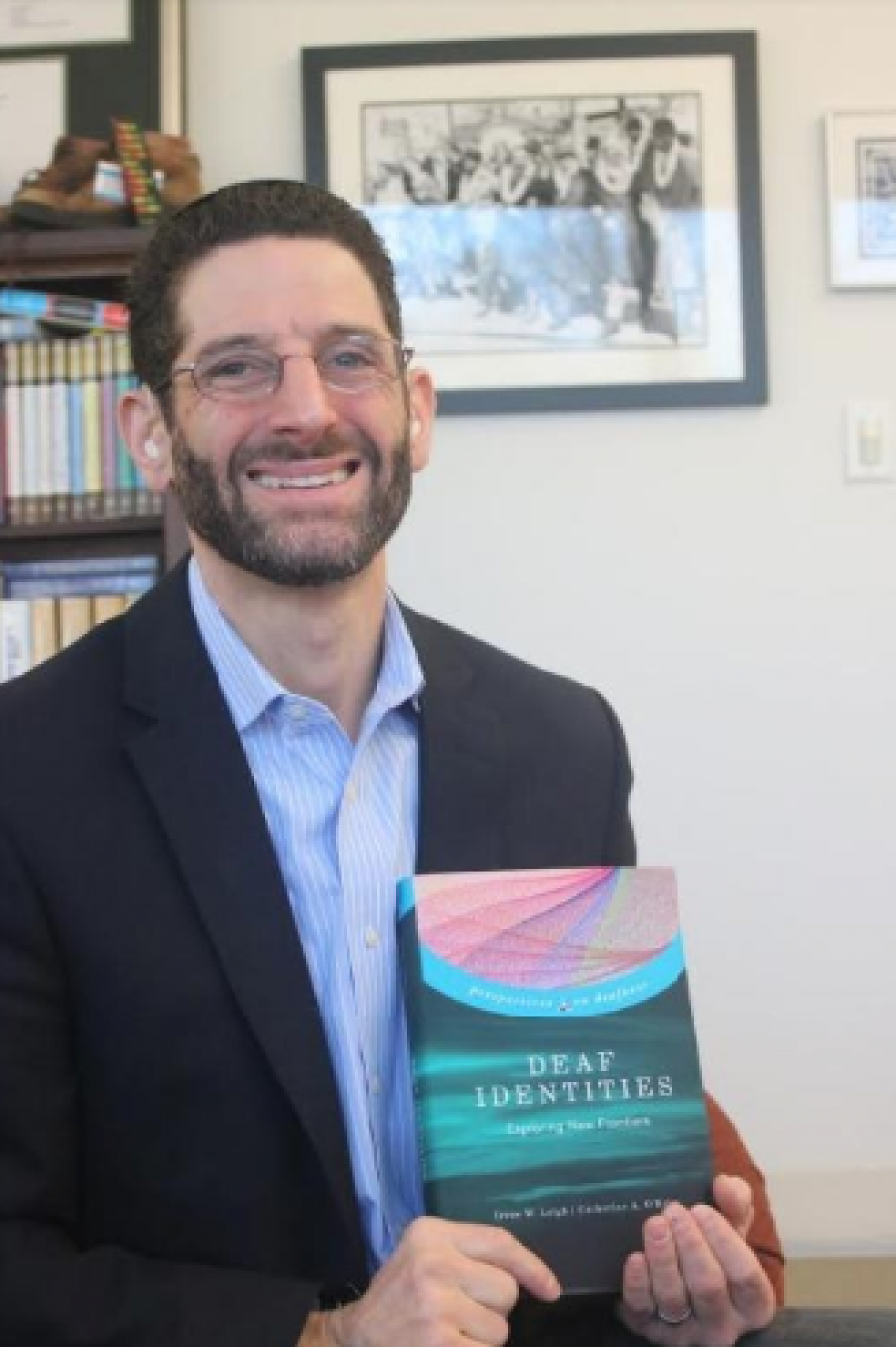 The book by Irene Leigh, Leigh’s mother, and Catherine O’Brien, offers an academic, multicultural perspective on deaf identities and experiences.

Rabbi Leigh is one of few deaf rabbis in the world. As an expert in Torah, who has travelled extensively teaching Torah analysis, he could offer the full analysis of moving in deaf and non-deaf religious worlds.

Medical advances identified Leigh’s deafness as an infant, making him part of the first generation to receive intervention and hearing aids at a young age.

Soon after Leigh became rabbi at Kerem Shalom, congregants showed interest in learning American Sign Language. The first class was introduced about four years ago and was popular with both members and individuals from the greater community. When congregregants expressed a deep interest in the ASL community and culture, after completing the first semester, Leigh introduced the idea of an ASL choir.

The choir meets with Leigh to select songs and prayers they wish to share at Kerem Shalom services. “I am particularly proud that we translate as a group from Hebrew into ASL,” said Leigh. “We think about meaning, intent and physical expression. And then we get together and rehearse.”

With the rabbi conducting, the ASL choir debuts their newest pieces at High Holy Day services in the fall and then offers their pieces at select services throughout the year.