Home » ‘What It Means to Be Human in an Algorithmized World’

‘What It Means to Be Human in an Algorithmized World’

In grappling with the challenges that algorithms can pose to justice, free will and interpersonal relationships, Smuha — a dual Belgian-Israeli citizen — turned to Jewish philosophy for a moral, human dimension. Specifically, the writings of three 20th-century thinkers who opposed totalitarian thinking and focused on human connection: Franz Rosenzweig, Emmanuel Levinas and Hannah Arendt.

For her work on the subject, Smuha was recently awarded the Whizin Prize in Jewish Ethics by the Center for Jewish Ethics, part of the Reconstructionist Rabbinical College. The essay, Smuha’s philosophy thesis, is titled “The Human Condition in an Algorithmized World: A Critique Through the Lens of 20th-Century Jewish Thinkers and the Concepts of Rationality, Alterity and History.”

The Whizin Prize is an annual essay contest to encourage innovative thinking on contemporary Jewish ethics. It was established in 2004 through the generosity of Bruce Whizin, a philanthropist with an abiding interest in Jewish ethics. Eligibility extends to rabbinical students and graduate students anywhere in the world. Recent winners have tackled feminism in Modern Orthodox thought; the morality of pornography; and the influence of German philosopher Immanuel Kant on Jewish thinkers.

“It is always exciting to see how wisdom from the Jewish ethical tradition speaks to the pressing questions of our time,” said Rabbi Mira Wasserman, Ph.D., who serves as the director for the Center for Jewish Ethics, and assistant professor of Talmud and rabbinic literature at the Reconstructionist Rabbinical College.

“Nathalie’s essay is a powerful exploration of the ethical stakes of new technologies and practices, and the shortcomings of existing regulations,” continued Wasserman. “She shows how the central insights of Jewish teachings — about the dignity and sanctity of human life and relationships — speak to the dangers posed by AI.”

Smuha, currently finalizing her doctorate at the Faculty of Law at KU Leuven in Belgium, noted that winning the prize meant a great deal to her.

“This means that more people will read about the issues that arise when we delegate decisions to algorithms or to those who build algorithms. I am not doing this research for research’s sake. I am doing it because there are important questions that need to be asked that affect so many people,” she said.

While studying and teaching, she has become increasingly active on policy — for example, coordinating the European Commission’s High-Level Expert Group on artificial intelligence, which drafted Europe’s Ethics Guidelines for Trustworthy AI.

In a recent interview, she explained that governments, including plenty of liberal democracies, increasingly rely on algorithms to make decisions that affect people’s lives. If, say, an algorithm by Spotify or Amazon selects a song or a book that a user doesn’t like, no big deal. Yet far more serious problems have resulted from government use of algorithms to decide on matters like health or welfare benefits. For instance, in the Netherlands, a government-agency’s reliance on algorithms contributed to the wrongful denial to parents seeking childcare benefits from the state.

Smuha has long been interested in the intersection of law, technology and human rights. While working as an attorney in Brussels before moving to academia, questions related to artificial intelligence already popped up in cases she handled. Grasping the scope of the problem and the many questions to be addressed proved difficult.

I am not doing this research for research’s sake. I am doing it because there are important questions that need to be asked that affect so many people

“In understanding the impact of AI on our lives, the law does not suffice,” she said. “I find that philosophy really helps to offer a broader perspective on what it means to be human in an algorithmized world.”

Smuha was exposed to Jewish thinkers while pursuing her philosophy degree and was fascinated with how a range of philosophers responded to the traumas of the 20th century, including the rise of totalitarian ideologies; the categorization and marginalization of certain people; and the horrors caused by the Holocaust and two world wars.

When delegating important decisions about human beings to algorithms, people risk losing the ability to see one another, said Smuha.

“With AI, we do not see the face of the other anymore; there is a computer program in between. We need to think about how this affects us,” she said. “The very fact that we are ethical beings and that we can engage in relationships with others, that is what adds value to life. Taking responsibility for one another is what makes us human. We need to find a way to keep treasuring this in an algorithmized world.” 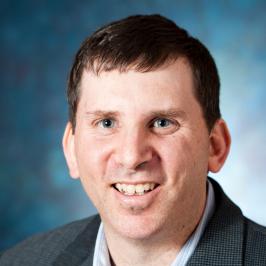